The genetic variability and structure of ten populations of Cryptocarya spp. (Lauraceae) were investigated by means of isozymes. Leaf samples of adult individuals of C. aschersoniana, C. moschata, and Cryptocarya sp., from two regions of São Paulo state, Brazil, were collected. Seeds from 35 families of C. moschata and juveniles of three populations from diaspores dispersed by “muriquis”, Brachyteles arachnoides (Primates - Cebidae), were also collected. From twenty loci analysed, the expected average heterozygosity of progenies, juveniles, and adults of C. moschata was respectively 0.313, 0.227, and 0.351, whereas it was 0.258 and 0.393 for C. aschersoniana and Cryptocarya sp., respectively. Results indicated that a greater variability occurred within populations for all categories analysed. For adult populations of C. moschata, the divergence obtained through GST estimates suggests the existence of significant genetic drift and/or natural selection effects between regions. The level of gene differentiation (GST = 0.107) was relatively high, and comparable to what would be expected for groups of plants having a half-sib family structure in a single generation. For juvenile populations, the genetic differentiation was also high (GST = 0.084). This could be explained by differential feeding behaviour of “muriquis” within their home range, allied to the distance among sites of seed dispersion. Nei’s average genetic distance (D) between pairs of C. moschata adult populations was 0.07, indicating again a pronounced genetic differentiation. Present values obtained from isozymes support morphological and wood anatomy evidences that C. moschata and C. aschersoniana are closely related species. 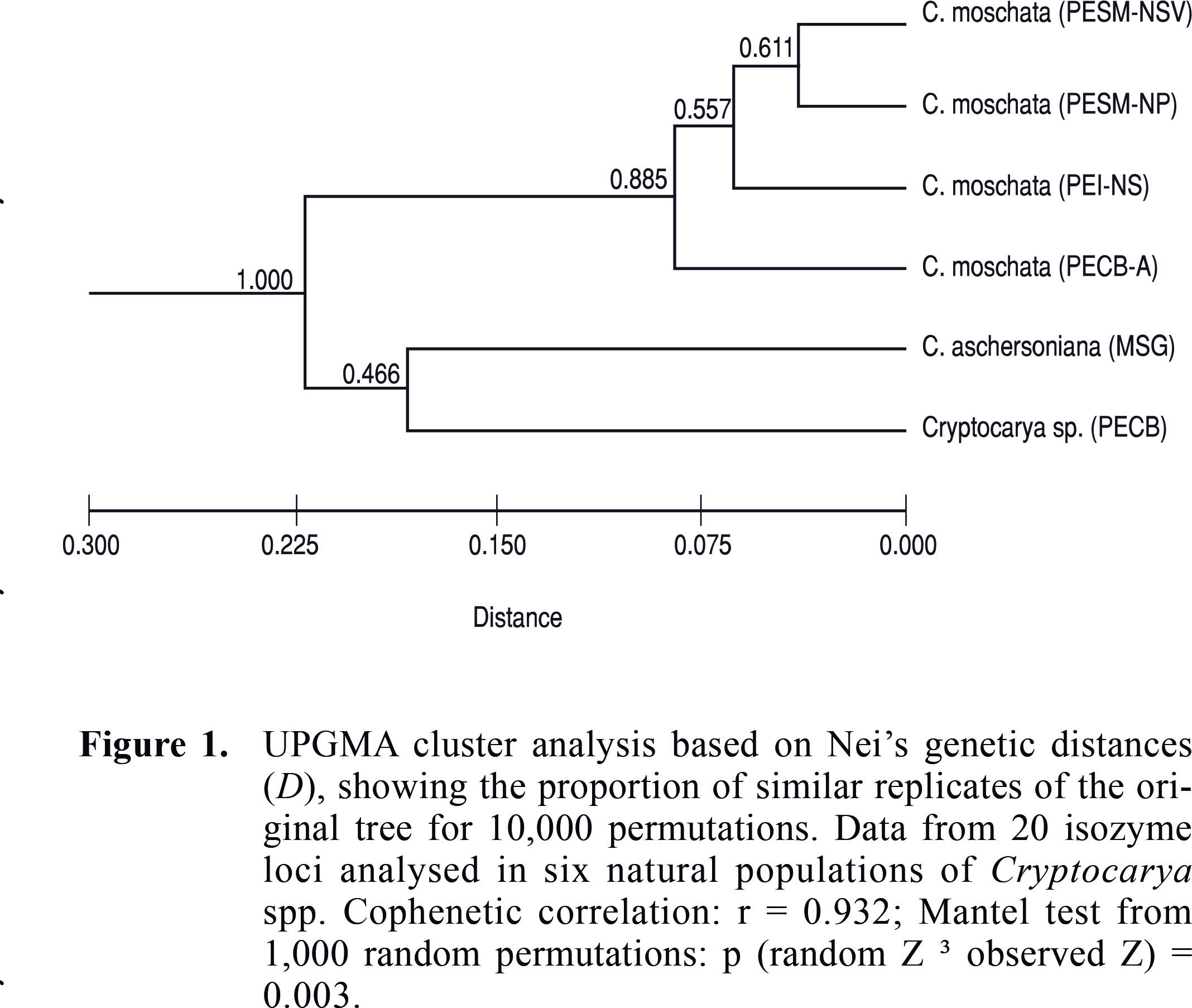