AGAINST THERMIDOR: LESSONS FROM THE SIXTIES

If historical periods had colors, the moment just prior to the sixties, that could be considered as extending itself until 1965, would be gray, since not only symbolically but also materially everything – cars, men’s suits, boys and girls school’s uniforms – in it were In some extent grayish. When finally the decade of 1960’ arrives, things became almost instantly colorful: dressing, automobiles, personal relations and – in a very peculiar way – politics. It happened because the leftwing entered a quite airy, open-minded phase, in which not only the exploitation of proletarians by capitalists but also the oppression of women by men (also by leftists), the destruction of natural environment, the abuse of animals, among other topics, were at stake in the most radical movements against the powers to be. The at first sight hermetic title of the article refers to Herbert Marcuse’s Eros and Civilization, in which the author develops the notion of “psychic Thermidor”, according to which there are psychologic forces inside people that obstruct their emancipation. To the article’s author, the significance of the "new left” – typically originated in the sixties – would have been exactly attempting to revert the power exerted by these forces on people’s mind. 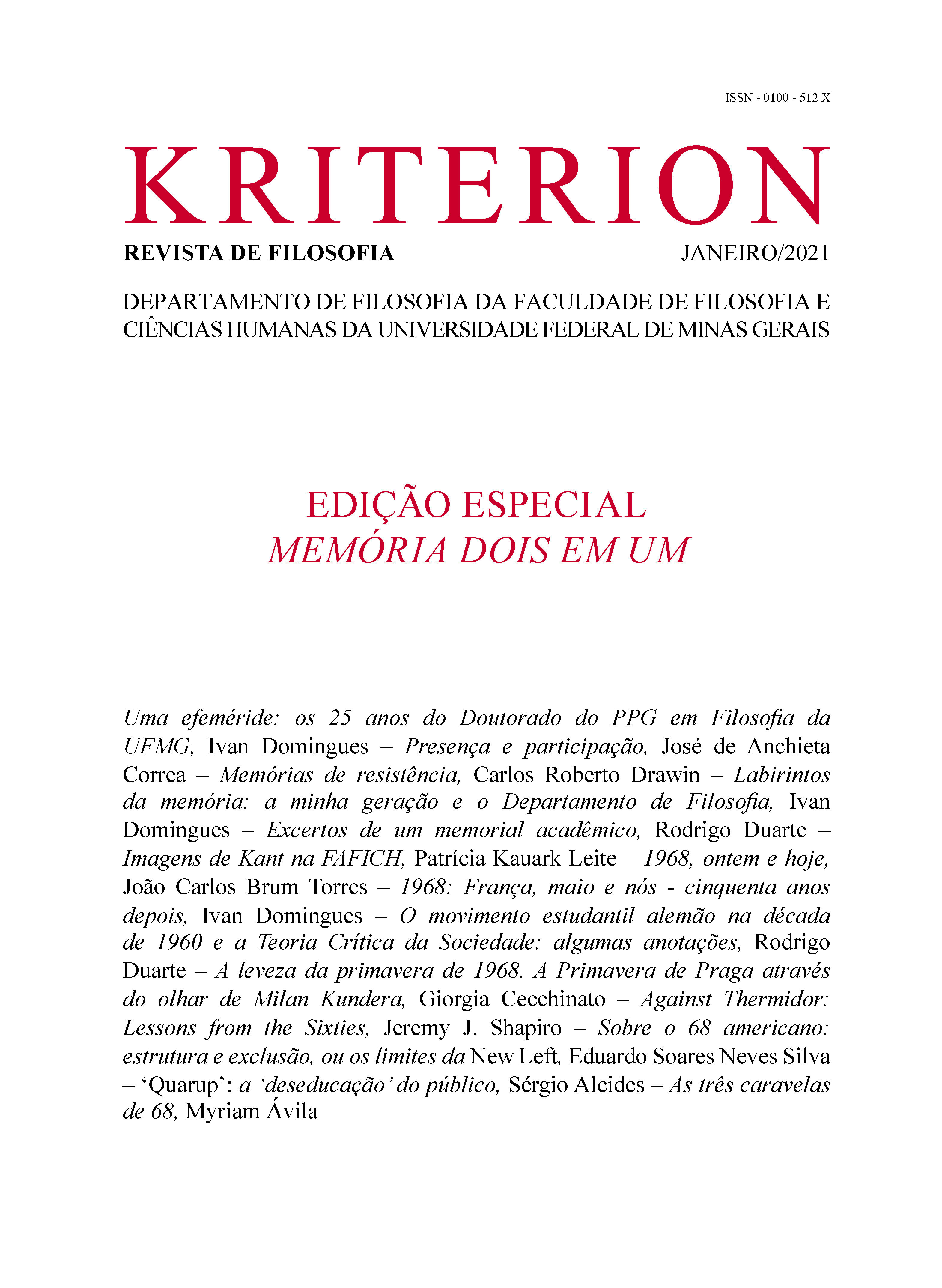